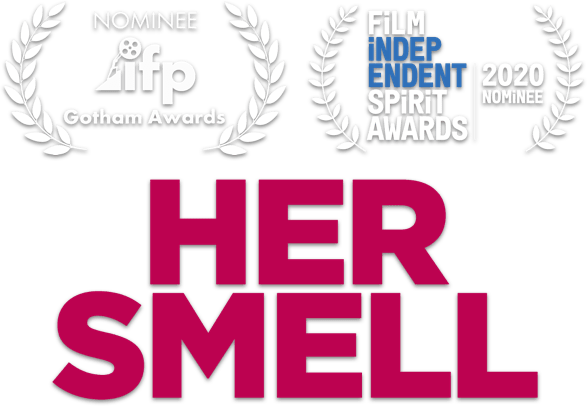 
Becky Something (Elisabeth Moss, The Handmaid’s Tale) is a '90s rock superstar who once filled arenas with her band Something She. When her excesses derail a national tour, she's forced to reckon with her past while recapturing the inspiration that led her band to success. Featuring an all-star cast, including Cara Delevingne (Suicide Squad), Dan Stevens (Downton Abbey), Amber Heard (Aquaman), Her Smell is director Alex Ross Perry’s “greatest achievement yet” (The Daily Beast).

“One of our favorite performances on film this year”
- VANITY FAIR -